The tide has brought invaders, crusaders, would-be kings, sea merchants, admirals, pirates and global energy leaders, up the Cleddau estuary to the safe haven of Milford. They’ve all played a part in our extraordinary story. Read on to find out more.

...how far it is to this same blessed Milford: and by the way tell me how Wales was made so happy as to inherit such a haven...

Milford Haven’s deep waterway is formed by the flooding of a ria or ‘drowned valley’.

Vikings regularly used the haven as shelter during campaigns around the western and southerly coasts of Britain. In 854, the Viking chieftain Hubba overwintered here with 23 ships and lent his name to the local village of Hubberston.

The name Milford is a reminder of this Viking heritage. It is an Anglicisation of Melrfjordr, a name made from the Old Norse words: melr – sandbank and fiordr - fiord or inlet.

The Norman Marcher Lord, Richard de Clare mustered men and ships in the Haven in readiness for his Invasion of Leinster, Ireland.

King Henry II gathered an invasion fleet of 400 warships, 500 knights and 4,000 men-at-arms in the Haven, before sailing to Waterford and on to Dublin. This was the first time an English king had stood on Irish soil, and marked the beginning of Henry’s Invasion of Ireland.

Henry Tudor landed in the Haven with his uncle Jasper Tudor, ending their long exile in France. From here they gathered an army and marched towards Bosworth to do battle with King Richard III. King Richard was killed and Henry Tudor took the throne, beginning the Tudor Dynasty and ending the War of the Roses.

It is during Henry’s march from Milford Haven that the Welsh Flag: the red dragon of Cadwaladr, King of Gwynedd on a background of the Tudor colours of green and white, was flown for the first time. It signified Henry’s Welsh descent with the aim of gathering Welsh forces to his cause. It was officially recognised as the Welsh national flag in 1959.

Oliver Cromwell set sail from the Haven with forces to attack Ireland.

Landowner, Sir William Hamilton settled Quaker families from Nantucket and established the town of Milford Haven as a whaling station.

The building of one of Milford Haven's oldest buildings 'The Old Customs House' was concluded and can still be seen near the entrance to Milford Waterfront today.

Following the failure of whaling ventures, the port becomes a Royal Navy Dockyard.

Admiral Lord Nelson visits Milford Haven during his grand tour. Despite his fulsome praise of the port, the Royal Navy does not expand activities here, instead a site on the other side of the water was developed as Pembroke Dock from 1814.

Following a speech by the Admiral at the newly-built New Inn in Hamilton Terrace, the building was renamed The Lord Nelson Hotel.

On 27th September 1888, the steam trawler ‘Sybil’ was the first vessel to enter Milford Docks. Trawler owners from ports all around the British coast were quick to spot the advantages of fishing from Milford Haven, which offered proximity to good fishing grounds, sheltered anchorage, and direct rail links to London and other markets.

By this year, Milford Haven had developed into the sixth largest fishing port in the UK.

During the Second World War, Milford Haven was chosen as a base for allied American troops. About 1,000 American personnel were housed in the town during this period. The base here played an important role in the preparations for the D Day landings.

Pembrokeshire Coast National Park is formed, the only one in the United Kingdom to have been designated primarily because of its spectacular coastline. Parts of the Haven are within the Pembrokeshire Coast National Park. Along the waterway various sites have been designated as Special Areas of Conservation and Sites of Special Scientific Interest.

In this year, the Esso Company completed work on an oil refinery near the town. This was followed by similar developments by many other oil and power companies over a 10-year period. By 1974, Milford Haven could boast an oil trade of 58,554,000 tons, and by the early 1980s, the Esso refinery was the 2nd largest in the UK.

Following on from the Cutty Sark Tall Ships Race, the Milford 2000 project continued with the opening of Victory and Vanguard Houses as the area continued its transformation from industrial dockyard to a destination ready to welcome visitors.

Sovereign and Agamemnon House were officially opened in September, housing a range of eateries and shops ever since.

Orion House was opened in August 2006 and is recognised as being the corner building along the waterfront with the balcony which enjoys superb views overlooking both Milford Marina and far across the Milford Haven Waterway.

August saw the completion of the Neptune House and Temeraire House construction project.

The first LNG tanker docked at Milford Haven on 20th March carrying the first supplies to South Hook LNG terminal near Milford Haven. This regasification terminal is the largest LNG plant in Europe which, together with a smaller nearby terminal can handle up to 25% of the UK's gas requirement.

The Port of Milford Haven secured a resolution to grant consent for the Milford Dock Master Plan. This multi-million pound venture will develop and enhance some 380,000 sq ft of Milford Haven's waterfront area. As well as celebrating local independent businesses, the development is looking to attract investment from national businesses, with dedicated space for hotels, restaurants, food, retail and leisure.

The Port of Milford Haven celebrated its 60th Anniversary in 2018. A Facebook group to celebrate this milestone proved very popular, and many former and current colleagues enjoyed reminiscing and sharing photographs and memories.

A revised Milford Waterfront Development plan was submitted to Pembrokeshire County Council and a resolution to grant consent to the updated scheme was provided in June.

As part of the Milford Waterfront Development, the new-build Costa Coffee Drive-Thru officially opened on St David's Day and four new Floatel Cabins welcomed their first guests in the summer.

Another flagship project in the Milford Waterfront Development scheme got underway with building work commencing on the new Tŷ Hotel Milford Waterfront in January. The hotel will be managed and operated by the team responsible for the iconic Celtic Manor Resort, as part of its expanding Celtic Collection of properties, an important partnership for the Port of Milford Haven and Pembrokeshire.

Dive deeper into our history

Explore the stories that put Milford Haven on the world map with a visit to Milford Haven Museum, housed in one of the town’s oldest buildings, or navigate your own journey through our history with an Audio Tour. 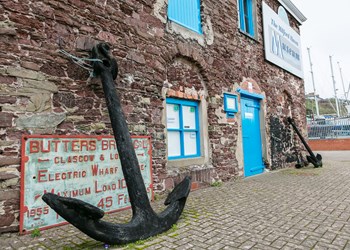 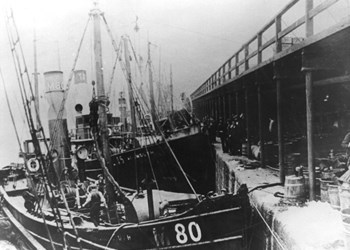 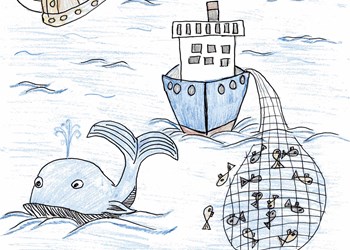 Don't miss out on the latest news, events, competitions and promotions

COCO’s Restaurant is a must-visit port of call for those wishing to experience good quality food and drinks in one of Milford Haven’s historic buildings.