The story of the Old Sail Loft and T Shed


To celebrate Milford Marina’s 30th Anniversary, we are continuing to share Milford Waterfront’s development story as we explore the developments of some of Milford Haven’s historic buildings, The Old Sail Loft and T Shed (the building that is home to Phoenix Bowl today).

So far, we have explored the histories of Cleddau House, Barrallier House, Neptune House and Temeraire House, Victory House and Vanguard House, The Old Customs House and Sovereign House and Agamemnon House. This month, we’re sharing about the developments of The Old Sail Loft and T Shed.

The Old Sail Loft is one of the oldest buildings here at Milford Waterfront. This iconic Grade II listed building originally serviced the Nantucket whaling ships that came to Milford Haven to supply oil to meet the demand for street lighting in UK cities, in 1793. Between May and July of that year, seven Quaker-whaler families from Nantucket set sail for Pembrokeshire.

Our Quaker-whaler founders were a formative part of our historic haven and their legacy inspired us to name one of our Floatel Cabins ‘Nantucket’ after them!

The idea of an art gallery on the dock side was mooted as long ago as the late 1900s and one opened in the building in 1992 as part of the redevelopment of Milford Marina. It wasn’t until 2003 that this gallery was reborn as the Waterfront Gallery, a not-for-profit company, which received charitable status in 2008. The aim of the charity is the promotion, support and development of arts and crafts in Pembrokeshire and mid, west and south-west Wales.

The unique 3,000ft2 gallery space now regularly showcases the work of some 50 local artists and craft workers together with visiting artists and changing exhibitions throughout the year.

During the 1970s and 1980s, the building housed the dock workers, acted as a mess room, a manager’s/supervisor’s office, in addition to a few businesses located here too. As years progressed, The Old Sail Loft has also been home to a sports shop, a chip shop, a fish restaurant, similar training areas, Dock Company offices and Charlie’s Bar & Restaurant - where COCO’s Restaurant is now based.

COCO’s Restaurant is a must-visit port of call for those wishing to experience good quality food and drinks in one of Milford Haven’s historic buildings, an ideal place for meeting up with friends whether it be for a tea or coffee in the afternoon chilling in their lounge area, or sipping on a fancy cocktail in their winterised Sunset Bar. The menu at COCO’s Restaurant is bursting with flavour, whether you fancy something to nibble, the catch of the day, a steak cooked to order off the grill, something to share, or a seriously sumptuous burger, you’ll be spoilt for choice here. Not forgetting the younger diners, there’s a great selection on the children’s menu too.

Next door to COCO’s Restaurant, you will find the Port of Milford Haven’s Simulator Suite, a marine navigation simulator provided by Maritime Research Institute Netherlands (MARIN) in order to ensure safe marine navigation. The navigation suite is positioned to lead the market in training and exercise scenarios.

The suite is used to train the Port’s own pilots who are required to manoeuvre some of the world’s largest vessels inside the deep, but relatively narrow channel of the Milford Haven Waterway. The suite’s adaptability means that training scenarios can address both standard and extreme conditions but also allows training in emergency scenarios such as failure of a ship’s equipment and machinery.

Just across the road, you will find what was originally known as T Shed, but is now best known as the building where Phoenix Bowl is located, and the building has quite a history!

Back in its heyday, T Shed was the transit shed where all export goods landed on the quay were processed.

The building was later renamed the Texaco Centre as it acted as a function venue for the Tall Ships Race back in July 1991 before being refurbished to house the Kaleidoscope Discovery Centre in 1992, which was a hands-on science centre. The centre was opened by Helen Sharman – the first western European woman to visit space, as well as the first woman to visit the Mir Space Station. How very cool, right?

Many events were held at the Kaleidoscope Discovery Centre, from the Gulf Refinery 30th Anniversary and Hunt Balls, to hosting Owen Money and even the Chippendales!

During this time, Happy Days Child Care Centre were also based here which was when the soft play area “Pirate Pete’s” was first introduced.

The building was later refurbished into “Phoenix Bowl”, as we all now know it as, which opened in 2001. Phoenix Bowl is Pembrokeshire’s only bowling attraction and still also home to Pirate Pete’s Adventure Play, multiple pool tables and fun arcade-like machines to complete your family day out. Happy 20th Anniversary, team Phoenix Bowl!

We look forward to sharing more stories of the development of Milford Waterfront for the remainder of 2021. 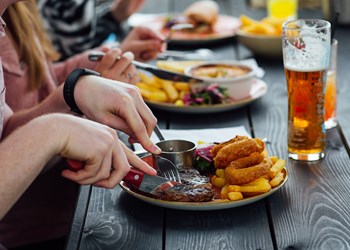 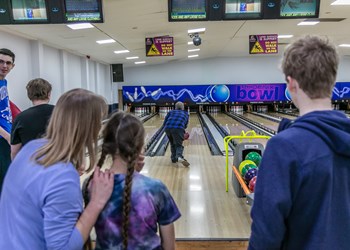 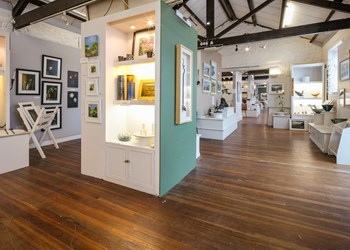 Discover handcrafted chocolates in a variety of indulgent flavours, chocolate bars, seasonal specials, chocolate sticks and love spoons, all made in Pembrokeshire.

Win a £100 Milford Waterfront voucher in time for Christmas

12 top Christmas gift ideas you can buy at Milford Waterfront

Get into the Christmas spirit with live musical performances, walkabout entertainment and our Christmas Trail on Saturday 4th December at Milford Waterfront.