Starting off on Mackerel Quay, follow the path just opposite Foam and Sugar Loaf to discover Milford Haven’s coastline, on a leafy trail with breath taking views of the Milford Haven Waterway.

With flat, easy access, this path is suitable for pushchairs and wheelchairs, and mobility scooters – if you’re cycling, there is one narrow gate where you will have to dismount to pass through. If you’re taking the dog for a walk or your children out for some fresh air and ship spotting, this route is ideal. And, if you’re into more active exercise, it’s a great route for running and jogging, for all abilities as it’s a lovely, flat footpath. In fact, part of this walk route features in the Milford Waterfront parkrun.

With Scotch Bay to the right on the way, the footpath hugs the coast with a leafy canopy that opens out into uninterrupted views of the Milford Haven Waterway, where you will see all kinds of activity on the water in our Energy Kingdom, including crude tankers on Valero Pembroke Refinery and ships passing on their way to Dragon LNG, and not forgetting the Blue Star 1 – delivering Irish Ferries’ twice daily sailings from Pembroke Dock to Rosslare.

The walk will take you towards the site of the former Ward’s Yard and now derelict jetty, a local landmark for the residents of Milford Haven. From 1920-1934, Thomas Ward’s ship breaking yard was based here. Vessels were kept afloat as long as possible, whilst they were broken up for parts and scrap, until they were finally breached to dismantle the hull. Imagine what a sight that must have been!

Once you get to Ward’s Yard, you can either turn around and come back to see a different view of Thorne Island, Stack Rock Fort and beyond to St Ann's Head and the Irish Sea. But if you fancy seeing the view from higher up, you can continue up the hill, through Vicary Crescent and come out at the top of The Rath at the bandstand. From here, you can walk all the way along The Rath to the western end, passing the Water Gardens and a statue to commemorate all those who worked in the fishing industry in Milford Haven, as well as two monuments to pay tribute to the highly skilled workforce in Pembrokeshire’s energy industry, including 4 who sadly lost their lives in 2011. Right at the end of The Rath is the Belgian Monument, which was erected by steam trawler owners and people of Ostend who lived in Milford Haven during World War I as a mark of gratitude to the British nation in general and particularly the people of Milford Haven for the hospitality shown during their period of exile.

To return to your original starting point, it’s all downhill; well down Slip Hill, actually. Turn left at the Belgian Monument and walk down the steep hill towards the sea! There is a footpath at the bottom to the right, with Milford Beach on the left – you will pass Smokehouse Quay, a modern gated development with apartments and penthouses overlooking the Milford Haven Waterway, and the Old Smokehouse, which was one of the many smokehouses based at Milford Docks in its heyday.

And after all that walking, why not add on a Wander around the Waterfront loop? Or, you could treat yourself to a well-deserved refreshment at one of the many fantastic places to eat and drink at Milford Waterfront! 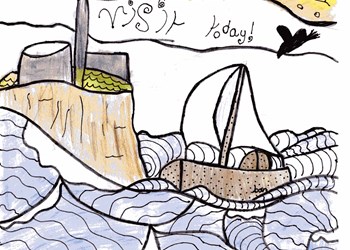 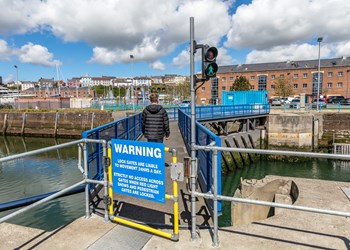 View the Wander around the Waterfront walk 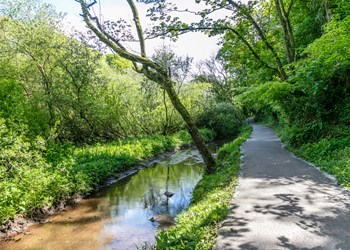 Meet the Faces of Milford Waterfront: Salt on the Strand

Enjoy a day out at Milford Waterfront

The Torch Theatre are back at Milford Waterfront with their Sunset Cinema programme and a special open-air screening of Top Gun: Maverick on Friday 19th August.