2017 was the Year of Legends in Wales, so here’s a selection of ours, from ancient tales to contemporary heroes and heroines.

Janice Griffiths conjures miracles with fish! She knows all about the creatures and crustaceans of the deep, and will readily share her knowledge of the mystical art of preparing and cooking them with customers at The Fish Plaice.

These successful speed hero siblings from Pembrokeshire race power boats. Sam and Daisy Coleman of Coleman Racing made waves in front of a home crowd when the P1 SuperStock P1 Welsh Grand Prix of the Sea came to Milford Waterfront in July 2017, winning the UK Championship in the process. Their speed and bravery defy belief!

A Rose, a Dragon and a Crown!

In 1485, at the height of the War of the Roses, which tore England apart for almost fifty years as the House of Lancaster and York fought for the English Crown, a boat landed almost silently at Mill Bay along the Haven, carrying Henry Tudor and his uncle Jasper. A few other boats landed alongside bearing a handful of supporters who would form the core of Henry’s army to shore.

From here, the would be king progressed through Wales, where he was feted as Y Mab Darogan, ‘the Son of Prophecy’ who would free the country from oppression. To further swell Welsh support, Henry marched under the banner of the red dragon of Cadwaladr (an ancient King of Gwynedd), on a background of the Tudor colours of green and white. It was the first time the flag we know today as Wales’ very own, was flown.

From Wales, Henry led his army towards Bosworth Field to meet King Richard III in battle. He won, was crowned King Henry VII and founded the Tudor Dynasty. The rest as they say, is history!

Daring Dos on the High Seas

Captain Hywel Davis of Milford Haven is famous for possibly having the shortest piratical career of all time! His short but infamous terror of the high seas between Brazil, Barbados and the Bahamas lasted just eleven months, between 11 July 1718, when the slave ship Cadogan on which he served as a mate was captured by the pirate Edward England, and June 1719 when, after crossing the Atlantic to the Cape Verde Islands and the Gold Coast, he was ambushed and killed on the island of Príncipe.

During this time however, he is credited for capturing 15 known English and French ships, taking and captaining four fine ships: the Cadogan, Buck, Saint James and Rover and capturing fellow Welshman, Bartholomew Roberts, who was to succeed him, and was to become one of the most famous pirates of all time, Black Bart.

Culhwch and the Great Boar

Many skirmishes have been fought along Milford’s Haven, but none so legendary as that of King Arthur and Culhwch against the great boar, Twrch Trwyth and his pigling warriors.

The story of Twrch Trwyth, the king who was transformed into a wild, fearsome boar with a golden razor, comb and scissors between his ears, forms one of the many tales of impossible tasks the young hero Culhwch, is set by his would be father in law Ysbaddaden the giant, in order to win the beautiful Olwen’s hand in marriage. It forms part of one of Britain’s most ancient tales, Culhwch and Olwen.

Culhwch enlists Arthur’s help with the quest, and in doing so provides us with the very first mention of King Arthur in literature. They find the great boar Twrch Trwyth in Ireland and chase him across the sea. He comes ashore at Porth Clais on Pembrokeshire’s north coast. Twrch Trwyth and his pigling warriors then lay waste to Pembrokeshire before fighting with King Arthur, Culhwch and their warband along the length of Milford Haven before eventually heading west. After causing the death of several of Arthur's men, the boar surrenders the razor, scissors, and later the comb, and disappears into the sea off Cornwall. Following a few more seemingly impossible adventures, Culhwch eventually gets the girl.

Of Giants and Birds

Grassholm is a small island with a big story. Situated some 13 kilometres off Pembrokeshire’s coast, most ships coming in and out of the Haven likely pass it without a second thought, but it is an island known in legend as Gwales. Here, according to the Second Branch of the great legends of Wales known as the Mabinogion, was the site of a great castle where the severed head of the giant king of all Britain, Brân the Blessed, miraculously entertained his feasting companions for eighty years, in blissful forgetfulness following the war with Ireland.

Today, the uninhabited island owned by the RSPB plays host to far less mythical feasts and beasts. It is home to a huge colony of northern gannets, and boasts some 39,000 breeding pairs – around 10% of the world’s population. 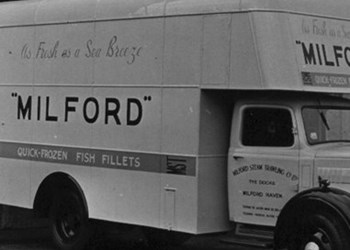 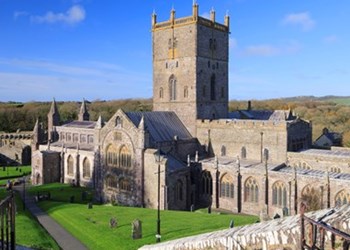 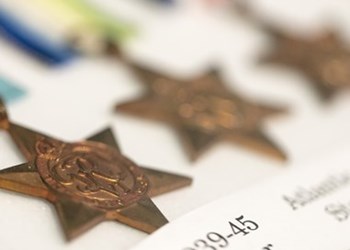 Take a look at the fantastic range of things to do at Milford Waterfront!

Enjoy a luxurious glamping experience in your very own floating hotel room, moored among the boats at Milford Marina.

Win a Milford Haven Beer Festival prize bundle worth over £80